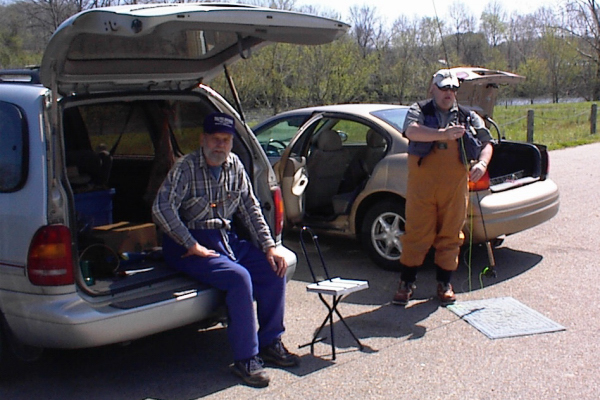 I first met Tom Anderson at the Lassetter Access on the Spring River back in 2003.  Mark Kotcher and I had headed back to the access for lunch and in rolls Dan Sears and Tom to do a little fishing.  Dan suited up real fast and was on to the water but Tom, as he always did, took time to talk with Mark and I about the Spring River and his love for it.  He then offered for us to hop in his mini-van and give us a grand tour of the various access points and fly recommendations.  We spent the next few hours with Tom riding to Bayou Access, Dam 3 access, and a few other places on the Spring River.  He offered his insight on how to fish the river, and didn’t hold anything back.  It was a conversation I remember to this day, and signified everything that is right with helping a couple of new to his river fishermen. 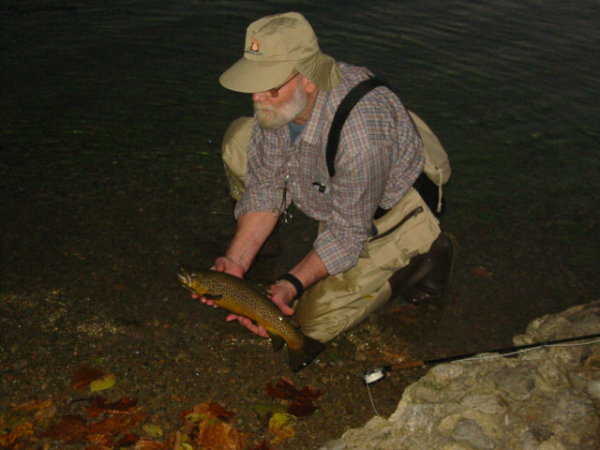 Tom lived near the Spring River for many years and considered it his home waters.  We traded emails off and on ever since that first trip.  A year after our first meeting, Tom and his wife joined Craig Peterson, David Stinnett, and I on our annual trip to the Norfork River.  We camped next to each other in our pop-up campers, and all I can say is that Tom was right there with us by the campfire during the trip and fishing as hard as the young bucks; with his wife up at the camper “tending to things”.  Tom landed a nice Norfork River brown during this trip, and it is this image of him that I will forever carry with me.  He was so excited over the FRS radios we convinced him to carry, and he hollered for us to come with the net, as the water was coming up and he wanted to land the fish.  He was all smiles, under his beard that night.

We traded more emails over the years and met up for dinner or breakfast once or twice in Mammoth Springs, but we only spent those two days fishing together.  Funny, how strong the memory of those two days on the river are.  Tom left this world on  08-16-2012, his daughter notified all those whose name was in his permanent address book of his passing on Sunday via mass email; I was one of those lucky ones to know Tom.  There was no public wake or funeral service, as Tom chose for his life to be celebrated and not mourned.  So to you Tom Anderson, I say thank you and god speed.