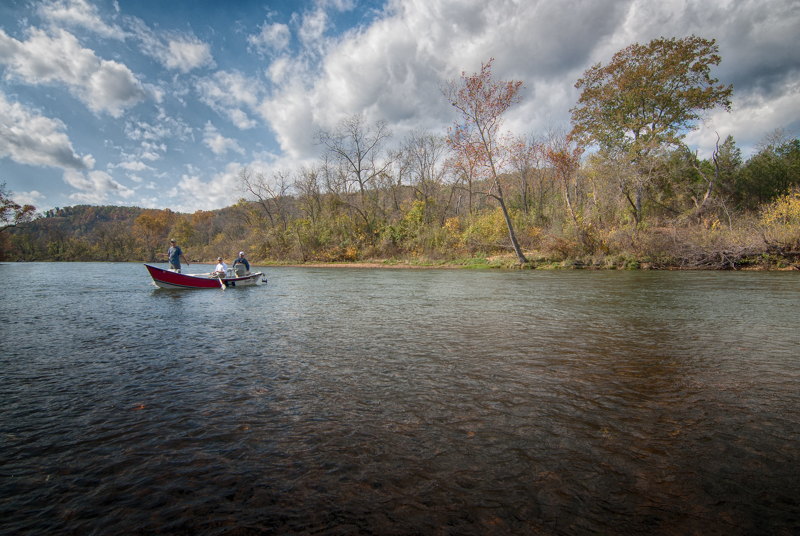 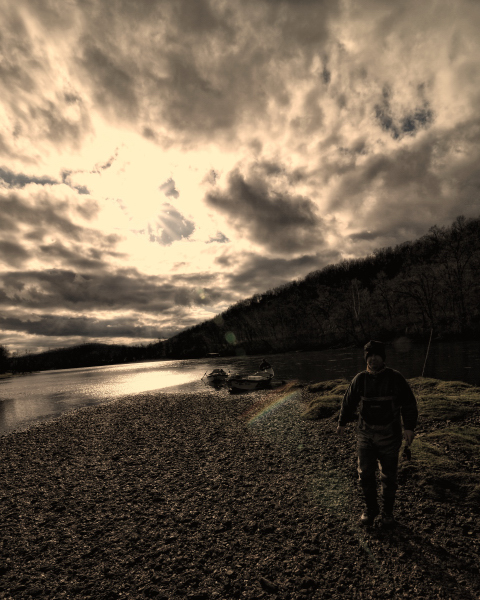 “Sometimes you eat the bear, and sometimes, well, he eats you.”  — The Stranger from The Big Lebowski

Saturday morning came early, after a late night.  We rose and readied ourselves for our three boat drift on the White River.  After plenty of discussion the night before, with me apparently being a little more vocal than most, we decided on floating Dam to Wildcat again on Saturday.  The weather was much nicer this morning, with plenty of cloud cover and just some misting rain every so often.  We were all fairly stoaked to begin the day, so we dropped the boats in at the Dam Site Ramp in the State Park and ran our shuttle to Wildcat Boat Ramp.

While dropping the trailers off at Wildcat, I had the chance to meet up with Corey Dodson, Chance Maxville, and thier group of guys from Oklahoma as they were floating from Wildcat Schoals Boat Ramp to Cotter (about a 6 mile float).  It was cool to finally meet these guys and say hello; but there were fish to be caught (or so I thought), so we were on our way.

To say the drift boat craze has caught on in the Ozarks might be a bit of an understatement.  Four years ago, when I would take my boat down there, you might see one of the other 4 guides (at that time) out in one but just on the shuttle drive we saw at least 6 other drift boats either at the ramp or on the road being trailered to a ramp.  It is pretty cool to say the least.

Evan Muskopf and Brian Greer were in my boat, Dan Held and Paul Chausse were in thier boat, and Ray Riedy and Jeff House were in Ray’s skiff as we started the float.  The fishing details are pretty basic and for every trophy fish grip and grin you see with a pig trout and a streamer hanging out of its mouth there are handfuls of trips like the one we took today.  Meat was thrown in the wind to no avail and no hard chases in our boat.  Paul / Dan managed to put a 20″ fish in thier boat, and the other two boats (ours included) managed to eek out some dinks but that was it.  The streamer game is a nasty game at times, and sometimes dues need to be paid.  Today we paid ours.  Just like the quote at the beginning of this blog post.

Sometimes you eat the bear, and sometimes, well, he eats you. 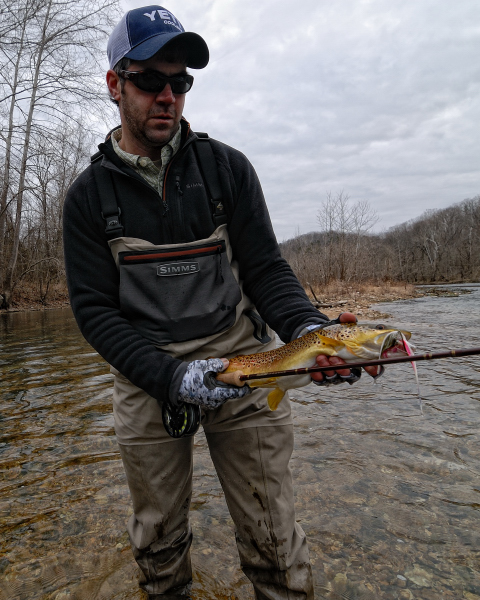