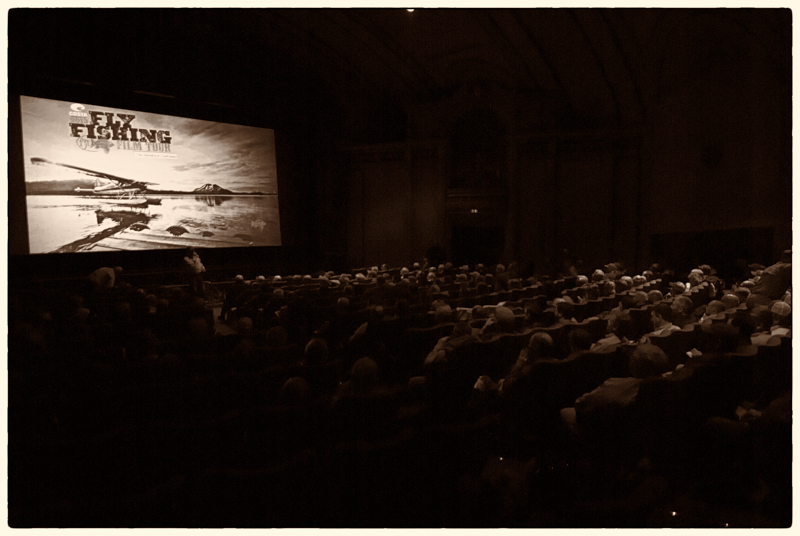 The Fly Fishing Film Tour hit St. Louis again this Spring on March 26, 2013. It was a huge success this year again with over 400 local fly fishermen, fisherwomen, and fishy kids coming out.   This year was the coming out event for Gateway TU and we were rewarded with a primo table location as all the anglers entered the theater.  Gateway TU board members were there handing out some GTU swag that included stickers, hats, and even at GTU shirt along with some other goodies that we picked up from manufacturers along the way.  We were also given some time to introduce our chapter to the audience during intermission, so it was a great event for Gateway TU.  If you missed it this year, you will not want to miss it next year.