Long, but productive, day today. Left STL at 230am and floated the NFOW twice (lower section) with Dan Ritter and the guys from Chasing The Dream. We boated quite a few and stayed busy with plenty of chases, and even moved a couple of big fish…but no joy. Left the NFOW around 1pm, and headed for the Current to see what it looked like at 1600cfs at Akers. Cedar grove bridge was just covered and the water at Welch was moving….going to have to lower the max to about 1200. Could have probably floated Tan Vat to Cedar Grove in the boat today though. Good times as always, hope everyone else got out. 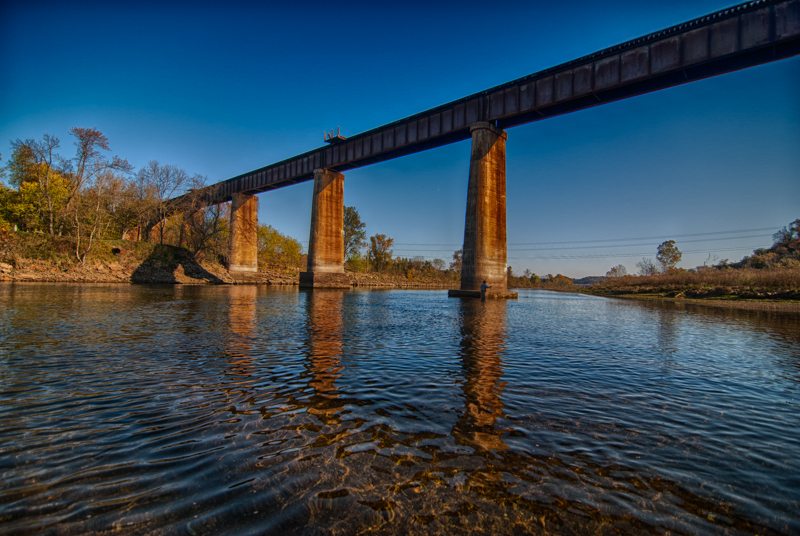 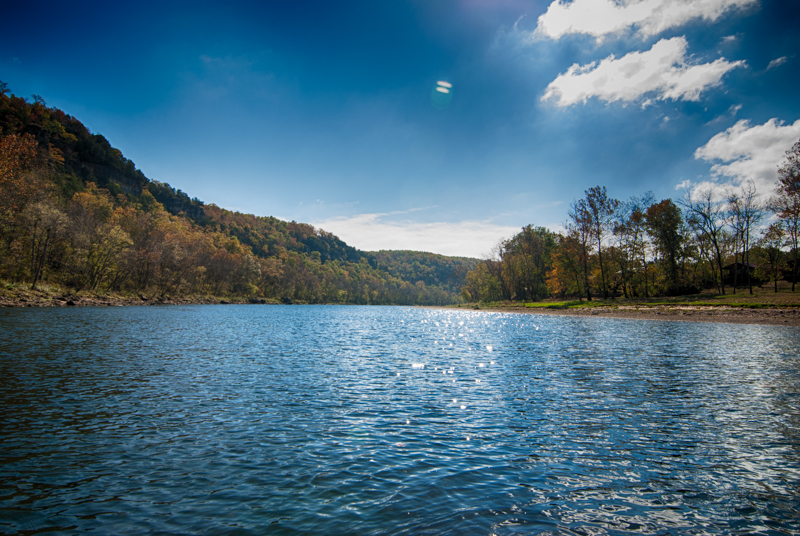 The predicted generation for Friday (10/26/2012) wasn’t looking good at all, as the White River had ceased generation on Wednesday and now we were looking at dead low water.  No one was in a hurry in the morning, given the low flows, high skies, and high winds, so I decided to get up a bit early and fix everyone breakfast.  Biscuits & Sausage Gravy, Scrambled Eggs, Hash Browns O’Brien, and some homemade coffee cake that Jim Held brought was the order of the morning.  Breakfast was good and we took our time milling around the house trying to figure out what the hell each of us were going to do.

Craig, Dan, and I decided to take our chances on the White River and float from Gaston’s to Wildcat Shoals, which Paul, Dan, and Jim decided to put the kicker motor on their boat and work the pools and shoals near the access at Wildcat Shoals.  If you ahve ever had one of those days where you should have stayed back at the cabin and drank, this was one of those days. The day started with me trying to catch my boat to slow it down as it slid down the trailer and into the water (non-existent low water ramps suck) only to be drug 5ft into the water (luckily I was able to catch myself and keep the top of my waders above water and from filling up…..but my shins and knees are still bruised up a week later).  The day only got worse from there, from a boating standpoint.

Navigating the White River on dead low water is best left to kayaks and pontoons.  The majority of the section was fine, but I had never seen the White River as low as it was and it was a great education……and workout.  Between catching countless dink rainbows, we were in and out of the boat as we pushed and pulled it through skinny water and when it was floating us 3 big guys, we were abusing the hell out of the G4 bottom (that stuff is the real deal…..as we would have left a gel coat trail all the way down the river, this float without it).  From a fish count standpoint, we caught a ton of fish on a variety of flies (eggs, worms, midges, little streamers), but there were none of the bigger fish that we had become accustomed to on our trips to the White River.

We did get a beer break when we bumped into Jeff House (High Plains Fly Fisher Blog) and Ray Reidy (Trout Journeys.com) as they came down for the shindig and were floating from Dam to Wildcat in Ray’s Clacka skiff.  After catching up with them just above White Hole and comparing notes, we were both on our way.  The fishing pretty much remained consistent the rest of the float, but near the end of the float we had to push through alot of water to get back to the house for a little shindig we were throwing for the locals that night.

Prior to the trip, Paul Chausse and I had cooked up a plan to throw a little BBQ shindig at the house we were staying at.  We always like to eat well on trips, but what started as just a good steak dinner for the 6 of us morphed into a good old fashioned fish camp party, complete with pimped out drift boat, lots of beer, fire, and good food.  We had sent out alot of invites to various friends that live down there, and those that could make it included Steve Stinnett (Seasons on the White Outfitters), Larry Babin (Hogs On The Fly), Dominic Zametto (Two Rivers Fly Shop), Bill Thorne (Dally’s Ozark Fly Fisher), Paul Port (AGFC), Corey Dodson (Chasing The Dream Blog), Ray Reidy (Trout Journeys Blog), Jeff House (High Plains Fly Fisher Blog).  Combine those above, plus the six of us staying in the house, and that was the makings for a great evening around the fire.

Dinner included some jalapeno poppers stuffed with 4 different kinds of cheddar cheese and bacon, bacon wrapped asparagus  bacon wrapped 6oz steaks, roasted potatoes, marinated Italian salad, and biscuits.  It was damn good…..I mean ridiculous   The whole house was silent as everyone was eating (the food was just that good).

After dinner, we hung out at the house for awhile and then headed out to check out Paul Chausse and Dan Held’s pimped out Hyde drift boat.  They have rigged their boats with various LED lights and control panels, and pimped out wheels.  It is something to see.  So we headed down to the river to get some photos of it on the water, at night.  Once we were down at the ramp, no one grabbed a pair of waders, so it was interesting watching the boat get loaded and unloaded into the low water without waders on a cold, windy night.

The night was filled with plenty of laughs and stories and was a hella good time, and the reason we look forward to this first fall trip every year.  The night wore on, and people came and went at will.  I think we finally shut the lights out around 1am or so, dead tired from a long……good day.